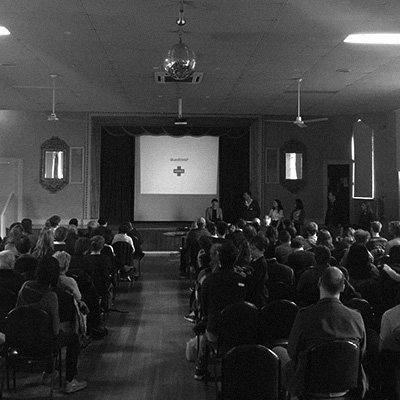 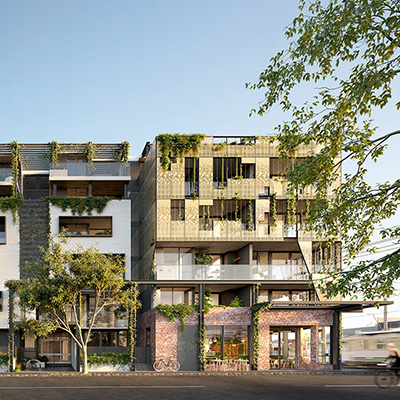 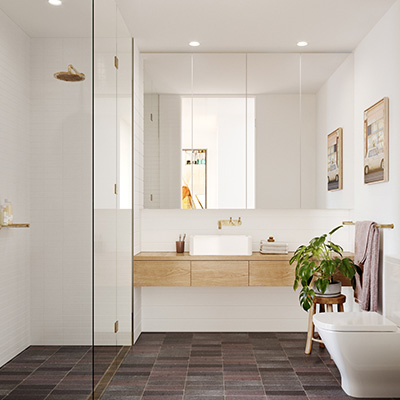 Nightingale housing, which cuts out traditional developers and limits investor profit margin to 15 per cent, has licensed its first development to a commercial developer as it tries to work out how to expand the scale to its affordable housing model.

Private developer Lucent, which has paired a 38-apartment Nightingale development next to a higher-yielding 28-unit commercial development on a 1670-square-metre site in Melbourne's East Brunswick, has fully sold both projects and plans to start construction in February, after selecting a builder.

The two developments were marketed separately and sold at different price points – a two- bedroom, two-bathroom apartment in Nightingale costs about $615,000 and its Lt. Miller equivalent $652,000 – and Nightingale buyers could lower their cost further by cutting back on a second bathroom or foregoing a car park.

But by combining them for the purposes of bank funding, Lucent was able to get the overall profit margin lenders required to commit to financing – usually upwards of 20 per cent – up to the 17.5 per cent minimum required and ensure financing for the developments, managing director Panos Miltiadou said.

"That allowed us to get our 'normal' profit margin," Mr Miltiadou said. "That mixed blend came in at 17.5 per cent. What that's allowed us to do is create a bankable solution and to the same degree not create a 15 per cent profit, but more."

For the developer, it's a win. It's also a win for Nightingale, started by Melbourne architect Jeremy McLeod as a way to boost the supply of affordable, well-designed housing, as it opens up a way to license the model to a wider pool of players and give it greater scale. But it was also a challenge for Nightingale, which sought explicitly to exclude developers and their margins from a process that the organisation argues pushed prices higher and led to poor-quality, unsustainable housing.

"It was a hard decision to make but it was one that the board and licensing committee fully supported," Nightingale Housing chief executive Jessie Hochberg-Summons said. "With this project, we proceeded with a lot of caution and we had in place more intense licensing conditions than we did working with architects, to give us a sense of comfort that we had really ensured all the principles were being honoured."

Lucent had to follow the established Nightingale principles, including the caveat on apartments that limits their resale price, and have the project audited – to confirm the financial structure stuck to the Nightingale rules as well as being subject to a design review by the Office of the Victorian Government Architect, whose head, Jill Garner, is on Nightingale's licensing committee.

Both buildings, designed by ClarkeHopkinsClarke and Breathe Architects, are 7.5-star NatHERS energy rated and will operate fossil fuel-free as they will have rooftop solar and through an embedded network buy in only renewable energy. But it also benefited from selling the first 38 units risk-free into the established Nightingale waiting list of about 2500 people, which gave it no marketing or sales commissions to pay. It sold out on the first weekend.

And the association with the high-profile Nightingale project no doubt benefited the Lt. Miller, which came to market three weeks after Nightingale had sold out. "The ethos, specifically sustainability, aligns with Lucent's values of 'Leave it better than we found it'," Mr Miltiadou said.

Certainty on sales
For developers, it is a trade-off. By building an affordable Nightingale development on part of its site, Lucent made $1.2 million less than it would have made from a straight commercial project, Mr Miltiadou said.

"But what it did give is complete and utter certainty on sales." Other developers, with more valuable sites may be less willing to do a Nightingale project, but the model could give other developers with lower-quality sites a way to make them more viable by cutting the risk of the sales process, he said. Ms Hochberg-Summons, however, was quick to play down the idea. "What I don't want anybody to view Nightingale as is as a way to make a site that would be not viable, viable," she said.

"What the Nightingale model isn't is something that can be applied to large commercial developers to 'ethical wash' them, to get high utilisation of a site that may not work commercially or to get additional favours with planning or government." But the Lucent pilot project has shown that the model can work, with the right development. "It's proved it absolutely can work," Ms Hochberg-Summons said. Lucent would also do it again. "Assuming they're very comfortable with the relationship, we'd go and find another site that meets the requirements of Nightingale," Mr Miltiadou said. "I'd do it in a heartbeat."

Click here to view original article from the Financial Review